I spent five years on this crew in Oman, on a rotation of 6 weeks on and 3 weeks off.  It was a fully autonomous mobile city in the desert, home to around 400 people - mostly Omani's, Indian's and expats.  I have very fond memories of the people I worked with and I have a lot of respect for them, not just their hard work ethics but their mental strength as well, in terms of saying goodbye to their children for 6 or 8 weeks at a time.  I don't think I could have done that.


I enjoyed the desert environment most of all, it was the closest I've ever felt to being on another planet - a silence and emptiness that is both haunting and mesmerizing.  It's hard to describe unless you experience it, especially compared to the chaos of normal urban life.  There are some images which will stick with me forever: beautiful sand dunes, weathered jebels, utterly flat mud beds, raging wadi's after rainfall and sandstorms rolling in across the horizon.   It was a desert, but it was never just nothing.


Starting work at 6am in the field every day, I would watch the sunrise for 6 weeks in a row and in the evening, see it go down again to the sound of the call to prayer.  It was a privilege looking back, especially as I can't remember the last time I saw the sunset or sunrise since leaving.  In the winter I'd shiver in the morning under a blanket of fog and in the summer I'd curse how it could be 30'C before 7am.  The heat in summertime was a punishing 50'C.  It was brutal and pushed my physical and mental strength to the limit, but I also thrived off it.  Indiana Jones was my hero growing up, and on my own in the field I got to imagine I was him.  I'd go for runs never knowing what was over the next dune or in an outcrop, it was always an adventure.  Of course most of the area had been scouted already, but it excited me to think that even on the smallest patch of desert I was walking on land that had never been walked on by humans before.


The low oil price has meant this crew has to shutdown, perhaps it will mobilize again in the future, perhaps not.  But it leaves behind a legacy and expats who will be life-long friends.  Muscat is a beautiful city, perhaps my favourite and Oman a peaceful country, with generous and welcoming people. 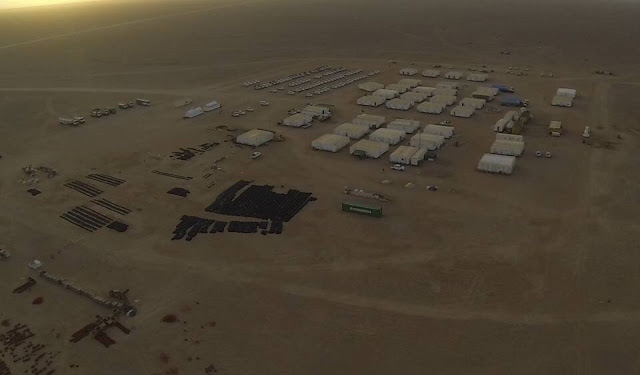 All Books on Kindle

The Light and The Glass (Empyria, #2)